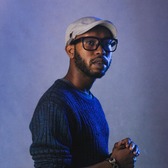 An algorithm, essentially, is just a sequence of steps. A recipe. If A is done, Then do B. You don't